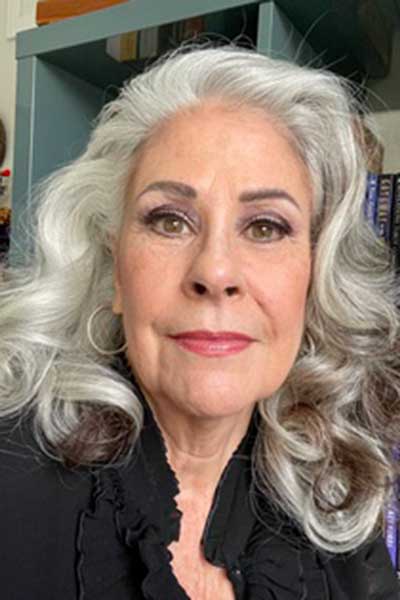 Callie L. French began studying tarot in the late 1960s. By the 1980s she had begun to intertwine numerology, tarot, and the Qabalah for more layered meanings.

Callie is the illustrator of the Rana George Lenormand, which was awarded Best New Divination Deck for 2017. In 2019 she was the first woman illustrator of the program cover and poster for Readers Studio, NY.  Her special edition painting, The Hanged Man, was on the cover of The Cartomancer 2019 Spring edition. In 2020 she contributed two cards to U.S. Games Pride Tarot. In 2022 she became the illustrator of La Santa Muerte Lenormand, published by RedFeather, with accompanying booklet by Dan M. Pelletier.

Callie was honored to be the inaugural artist for The International Divination Event (TIDE) conference in Dallas, May 2022. She has presented at Northwest Tarot Symposium (NWTS), TIDE, and the UK (London) Tarot Conference, beginning in 2017. She has also taught tarot at Clark College in Vancouver, WA.

Sigils: Their Magic, Their Meanings and Their Manipulations

A look at the famous King Solomons Keys and witches’ symbols – Peek behind the curtain of woo-woo magick misinformation on what a sigil is and what it’s actually meant to do. Want to encourage abundance? How about increasing your divination abilities?  There are ancient sigils for change, pleasure and yes, love. Create your own unique sigil and learn how to invoke its power through the gates required! Bring your favorite divination device: Tarot, Lenormand, Oracle or Runes and a willingness to create magick.