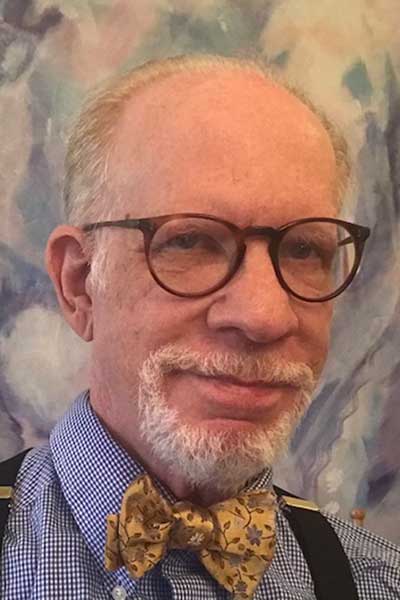 Mark Horn may be the only person who has taught at both the Jewish Theological Seminary and the Readers’ Studio International Tarot Conference. He is the author of Tarot and the Gates of Light: A Kabbalistic Path to Liberation. This innovative, spiritual workbook has won praise from two groups that don’t usually come together—respected rabbis and recognized tarot experts.

Mark has been a life-long activist in the post-Stonewall LGBT movement, starting in 1970 as a member of both the Gay Liberation Front and the Gay Activist Alliance; as well as serving as chair of Gay & Lesbian Youth of New York. Over the years his activism and community service has included working as a peer counselor at the LGBTQ counseling center, Identity House; and serving on the board of directors of NewFest, New York City’s premier LGBTQ film festival. At Congregation B’nai Jeshurun he created a liturgy for an LGBTQ Pride ritual dinner, the Stonewall Seder. This liturgy has been used and adapted by congregations in the U.S., Europe, and Australia.

Mark has studied Kabbalah with academic, religious and practical teachers of Kabbalah in organizations ranging from the highly respected to the highly unorthodox.

He has also studied tarot with many of today’s leading teachers, including Rachel Pollack, Mary K. Greer, Ruth and Wald Amberstone, and many others.

Mark has written feature stories for The Washington Post, the Los Angeles Times, and Metrosource magazine. His fiction has appeared in Charmed Lives: Gay Spirit in Storytelling.

He offers tarot readings, group classes and individual study to people around the world via Zoom. He lives on the Upper West Side with his dog Freddie.

Revealing the Secret Structure of Tarot for Personal Revelation

The Hermetic Order of the Golden Dawn recreated the tarot deck as a Kabbalistic tool to seek Divine connection through a practice of deep self-examination. The Waite-Smith deck was specifically designed for each card to correspond with teachings encoded on the Kabbalistic Tree of Life. However, they never taught (at least publicly) how to use the tarot in a Kabbalistic ritual to connect with the Divine within.

This workshop will introduce you practical Kabbalah—which means you’ll learn key concepts that you will be able to use daily, without any complicated, abstract, or abstruse philosophy. You’ll learn how the structure of the deck and the meanings of each card are rooted in the meanings of their positions on the Tree of Life. And you’ll learn the basics of a traditional Kabbalistic ritual—the practice of Counting the Omer—so you can forge your own personal connection to the Divine and so you can enrich your tarot readings with greater spiritual depth.