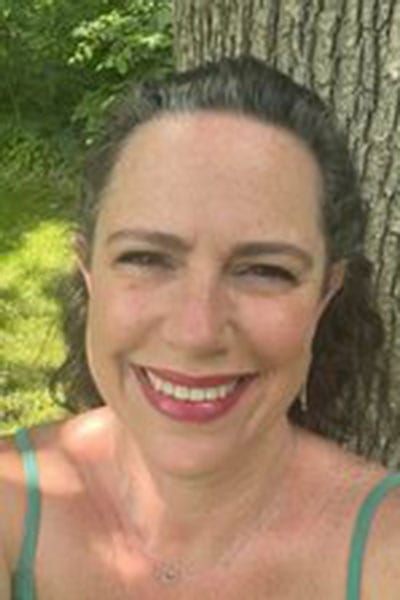 Originally from England, now living in Illinois, Claire Lily enjoyed success for over 20 years in the corporate world of Information Technology.

Claire grew up in a family that was open to spiritual realms.  Her Mum was very much into astrology and crystals and was quiet about her own abilities that came out a little later. Claire had her birth chart written when she was 15 years old.  Her Dad recalled being looked after by a psychic when he was a child who lived a couple of doors down from his home.  Following Claire’s fascination of astrology and crystals, numerology and tarot quickly followed.

Over the past 30 years, Claire has consulted tarot readers, read for herself and friends, and decided to pursue her passion for the tarot by learning how to use the modality to help others.  She enrolled in classes and courses, gaining certificates in reading the art of tarot from two tarot professionals.  Now a professional tarot reader, along with her business experience, she formed her company Claire Lily (named after her Great Aunt who was her first remembered psychic experience) and has begun her dream of helping others combining her life experiences, intuitive abilities, and her cards.

Last year Claire was inspired to create a tarot deck that was image and word appropriate for her young nieces.  Aunt Lily’s Tarot Deck is now a reality!

Claire will present Tarot for Families with Aunt Lily’s Tarot at StaarCon 2022.

Many of us dream about designing a tarot deck. Claire Lily actually did it. In this poignant episode we see how Claire came to see a need for a new type of deck, and how she worked to fill that need.

Aunt Lily’s Tarot is fresh, modern, and innovative, while adhering to standard traditions in a way that makes this deck approachable and accessible. This conversation with Claire gives us a peek into her mind, her process, and her lovely new deck.

Please join me where I will be explaining how a visit up to my in-laws in the summer of 2020 lead to the creation of Aunt Lily’s Tarot Deck. Also, I’ll explain how the tarot can be a helpful tool with communication between all family members especially parents/guardians and kids. I will be giving some ideas of how to work as a family unit and have fun by engaging in activities, all centered around the tarot. I look forward to seeing you there.