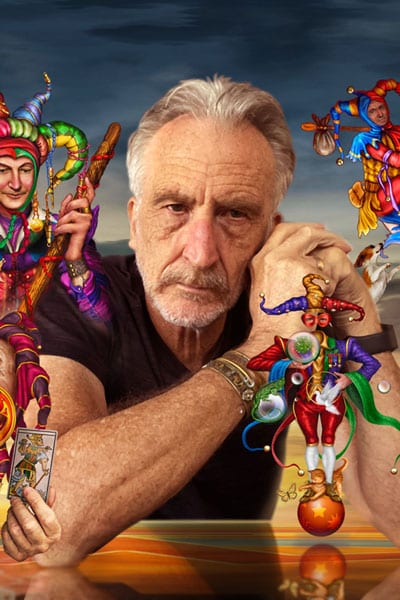 Ciro Marchetti is an award-winning artist from the United Kingdom. He studied art in London, followed by a career working in Europe and South America before settling in the United States where he opened a design agency in Miami. In addition to managing his company, Ciro also gives workshops and lectures on digital imagery and illustration at the Fort Lauderdale Art Institute, and continues to create his own visionary art.

Ciro published his first tarot deck, Gilded Tarot, in 2004. Since then he has published many beloved tarot decks, a Lenormand deck, a Kipper deck and an oracle deck.

Ciro’s work has helped define modern cartomancy over the past seventeen years.

Ciro contributed the website art work for StaarCon 2021 and 2022 and presented A Journey as the Companion of Fools at StaarCon 2021.

A Journey as the Companion of Fools
StaarCon 2021

Take a look back over the past 16 years of Ciro Marchetti’s involvement in the fascinating word of Tarot; the art, the business, the community.

The second episode of StaarCast features well-known tarot artist Ciro Marchetti. In his conversation with your host, Christiana Gaudet, Ciro shares some great stories. If you have ever wanted a peek into the mind that designed some of the best-loved tarot decks of the past sixteen years, this episode will delight you.